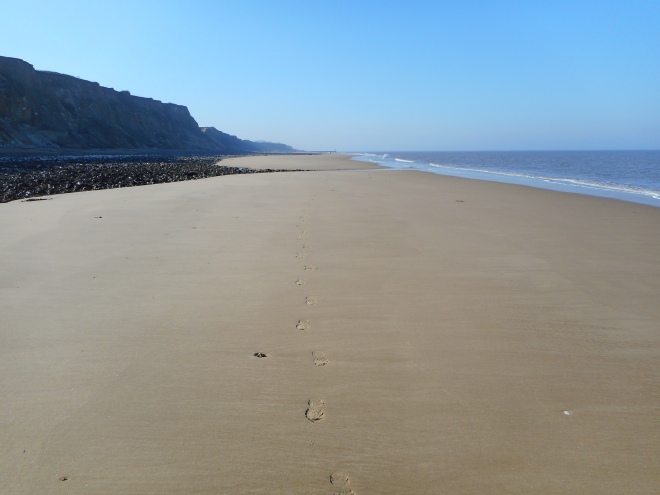 Ever since I joined my local library, which hosts a rather eclectic collection, my reading habits have been rather haphazard. I mean this in the most positive way imaginable. Whereas I used to read contemporary fiction, and not much else, I’ve since branched out. I have the library to thank for this.

Non-fiction in particularly has become a previously unlikely but now firmly ingrained part of the pile of yet-to-read books on my bedside table. Even though the books I pick seem to have little in common – I just choose whatever I fancy – I find I keep returning to specific themes. Earlier I wrote about my growing love for nature writing. Now I’m discovering a renewed interest in philosophy.

What does it mean to be human? It’s perhaps one of the hardest questions one can ask oneself, or anyone else, and I’m not expecting to come across a coherent answer anytime soon. But, rather strikingly, two books I’ve read over the past week or so approach this existential problem from very different angles. The result being two books I’d highly recommend, not in the least because they speak to each other in quite unexpected ways.

Mark O’Connell’s To Be A Machine narrates his explorations of the transhumanism movement. Simply put, trasnhumanism’s followers believe that technology has the possibility to improve the human experience to the point where even death is merely a challenge to be overcome. Immortality, some transhumanists believe, is within reach. So is superhuman intelligence.

If this sounds like science fiction – and O’Connell, with his PhD in English Literature, is well aware that it does – the people he meets take their mission dead serious. In a series of loosely connected chapters O’Connell meets rogue scientists who are working on a machine that can scan the human brain, a facility where the frozen heads of wealthy customers are kept in giant metal tanks, and a group of self-proclaimed cyborgs who try to “improve” their bodies through decidedly wonky-sounding implants.

It would be easy for O’Connell to be cynical about all this or to ridicule the occasionally very eccentric people he meets. But he is clearly fascinated by the subject and the possibilities offered by the technological developments he encounters. Some chapters, particularly the one in which he joins Zoltan Istvan on his campaign trail to become the next US president, are on a par with Tom Wolfe’s The Electric Kool-Aid Acid Test in terms of their hilariousness.

But the visions of people like Istvan are also disturbing. Istvan himself, as O’Connell notes, has made negative comments about people with disabilities, believing them to be a problem that requires fixing. I for me would rather focus my efforts on fixing our society so that it becomes a more equal and hospitable place for everyone, regardless of their disabilities. Some transhumanists appear almost fascist in their beliefs, to the point where they sound like characters in an Ayn Rand novel. If their vision of the future is even remotely similar to the future awaiting us all, I’m not sure I’m liking the prospect.

But the second book I’ve read has taught me that the desire to improve human experience, sometimes with downright dubious ethical consequences, is nothing new. Kathryn Harkup’s Making a Monster, on the science behind Mary Shelley’s seminal novel Frankenstein, attracted my attention because I love Shelley’s novel. But I ended up liking Harkup’s book more for its descriptions of pre-modern science than for its explorations of the novel and its publication history, fine as those sections are.

Harkup demonstrates that the desire to improve human existence by attempting to cure illness and other detrimental problems has a very long history. Even the Romans, as well as ancient peoples that came before them, were wondering how we can help people to live longer, be healthier, and become more intelligent. The procedures Harkup describes are often as gruesome as they are inadequate, which makes me grateful for the ways in which science has recently advanced. But it also makes me wonder where we’ll go next. Surely science is not “finished”. What will we discover in the next few centuries? Will we ever be able to construct an entirely new creature, the way the fictional Frankenstein does?

Neither O’Connell nor Harkup explicitly mentions it, but I couldn’t help thinking about eugenics, fascism and Nazism. The desire to improve human existence has led to incredible atrocities in recent history, and while of course most scientists and transhumanists are well-meaning, there’s a disturbing undertone to some of the ideas and practices O’Connell’s and Harkup’s books describe. The desire to improve human existence, however optimistic it may seem, should be regarded with a healthy degree of caution to prevent its less desirable side effects.

But what strikes me most is how inherently human the desire to transcend the limits of the human body actually is. Some transhumanists O’Connell interviews describe themselves as being “trapped” in a human body and voice the desire to evolve into a more cloud-like existence, where they won’t be limited by the restrictions of the flesh. But given that their desire for improvement has such a long history, I wonder whether it is more of an indication of their humanity and all its flaws, than a mark of genuine progress. The image of the Ourobouros, or the snake swallowing its own tail, comes to mind.

All these philosophical musings aside, both books make excellent reading and tackle complex theories and questions in an accessible way. They offer no easy answers to the questions they ask and are likely to keep you on your toes well after you’ve finished reading them, which in my mind is no bad thing. If you’re the kind of person who thinks that reading is boring, or that science is boring, or that philosophy is boring, you need to get away from your iPhone and your Netflix and try one of these books. Or both of them. I’m not sure I believe transhumanism has anything going for it, but I’m all for expanding your mind in a philosophical sense.

Image my own – My footsteps on Cromer beach