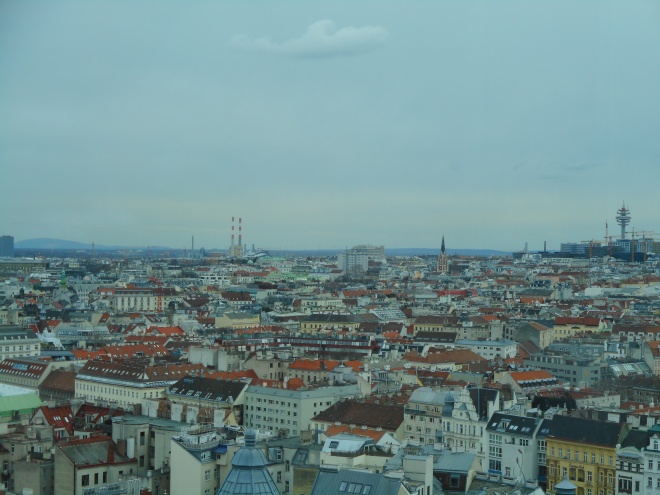 Among the many mindblowing things I did during my recent visit to Vienna, seeing Richard Wilhelmer’s documentary Anomalie in the gorgeous Metro Kino Kultur Haus definitely stood out. Granted, going to a cinema to see a documentary about psychiatry does not sound like a recipe for a great night out, let alone a recommendable tourist activity, but hear me out.

The background to this was that I was visiting my brother and that we were looking for a somewhat calmer way to spend an evening after several episodes of pounding Vienna’s pavements by day and hanging out in rooftop bars by night. Wanting to see a film in a cinema – doesn’t matter which one – morphed into our choice for Anomalie, not because we knew much about the film, but because we automatically ruled out English-language films dubbed in German. German is a lovely language but it does not go well with Marvel’s superheroes or African-American love stories.

This conviction, of course, significantly narrowed down our options. We arrived at the cinema knowing very little about what we were about to see. Anomalie, it turned out, is a cinematic essay on a question that has fascinated me for years: how does one distinguish between normal and crazy? Rather than offering a straightforward answer, the documentary explores the question from many different angles, sensibly avoiding the traps of prejudice that all too often stand in the way of a better understanding of mental health.

Anomalie  features a range of mental health experts including eminent researchers, such as Elizabeth Loftus, and people with mental health issues, like the eccentric Leonardell. The result is an intriguing collage that does not so much draw a line between the good, the bad and the mad, but offers a compassionate view of mental health as well as a dissection of the challenges that haunt psychiatry as a discipline.

For as Michel Foucault, who is cited in the introduction, has extensively argued, historically psychiatry has often been an instrument in discipline. And not always in a good way. The traumas some people that appear in the documentary have experienced are the result of, as much as the subject of, the therapy they have received. Although I don’t agree with the idea voiced by some of them, that the entire concept of mental illness is a conspiracy designed by evil scientists to keep the people in line, I do understand where their anger comes from.

Allen Frances, one of the contributors to the DSM-IV manual, analyzes how the ambitious attempt to develop a cross-cultural manual to help psychiatrist diagnose patients appears to have evolved into a one-size-fits-all approach that simply sticks a label onto patients. A label with a diagnosis that ignores their individual life history and social factors such as education, class, gender, ethnicity, poverty, and many others. What struck me is how little even experts still seem to agree on when it comes to mental health. And how grave the consequences for their patients can be.

What we classify as normal, Anomalie suggests, is to a certain degree a matter of perspective. Leonardell seems to admit that he is, in some respects, “mad”, yet there is a logic to his attempts to educate Berlin’s university students about his ideas. No matter how odd he looks moving about on a tiny scooter, I have seen many urban professionals ride similar scooters in Vienna. Are they all mad, or simply trying out a quick and environmentally-friendly way to get around?

I’m no closer to a definite answer to the normal/crazy enigma than I was before I watched the documentary. But if anything, Anomalie manages to make mental illness into something that does not just affect “others” who exist on the fringes of society. Even for people who do not have a mental illness, or know someone who has, or are professionally involved with them, ideas about what counts as normal and what counts as mad shape the limits of the society they live in.

Anomalie invites empathy for people like Leonardell, who does not quite “fit in” but seems to have carved out a productive existence for himself, even if it does not conform to most of the social standards for a life well lived. He sadly passed away before the documentary’s release but his final statement has stayed with me ever since I left the cinema. “I have never hurt anyone,” he says, “and I do not want to.”

Image my own: Vienna’s skyline as seen from Haus des Meeres