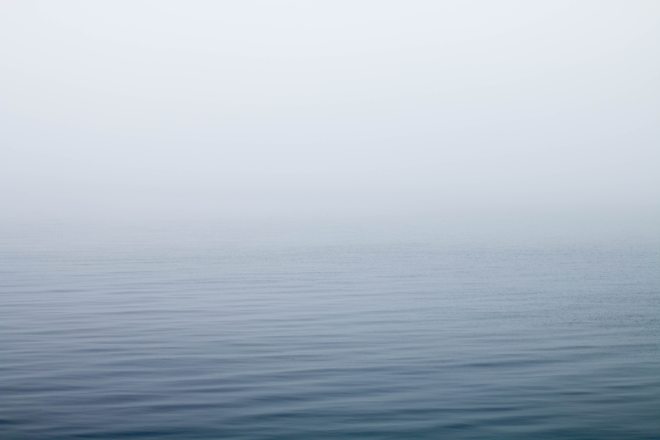 Although I have written extensively about horror literature, many people are surprised to discover that horror films are not my bag. Sure, there are some I love – Silence of the Lambs is a notable example – but usually I find them too noisy, too gruesome, and not intellectually stimulating enough. I like horror because of its potential to disrupt the stability of normality. Writers like Edgar Allan Poe and H.P. Lovecraft achieve exactly that. Many films released under the banner, however, offer little beyond gorefests or gurgling ghosts

My recent raving about Panos Cosmatos’ film Mandy, however, has urged me to reconsider my perspective. Perhaps horror film has something to offer, after all, that literature lacks. In case of Mandy I enjoyed the stunning visuals and strange music. Surely this film could not be one of a kind.

Luckily my local cinema screened a restored version of John Carpenter’s The Fog (1980) this week, allowing me to explore whether my prejudice was entirely justified. Spoiler alert: it wasn’t, for I loved the film, even if its plot doesn’t sound particularly complicated on paper. A Californian seaside town is haunted by a mysterious fog that ignores the laws of science. When people start dying in gruesome circumstances the local vicar begins to suspect that their fate has something to do with the town’s dark history. And off we go.

I’m not claiming that The Fog is radical or visionary, but it did challenge some of the prejudices I didn’t even know I had. While it is scary, and there is some violence, there is very little gore. For those willing to look beyond its surface there’s an interesting narrative about exploration and betrayal. But most importantly, I began to think that perhaps it’s not horror films per se I dislike, just their contemporary incarnation.

The Fog is so 1980s it almost hurts. From the characters’ outfits to the synthesizer soundtrack, it has every 1980s indicator you can possibly think of. What surprised me most, however, was its pace. Carpenter takes his time introducing the characters and events to us. Very little happens in the first quarter of the film. And when the proverbial shit hits the fan at last, we see very little blood. The film’s scariest scene, which had me clutch the armrests of my chair without realizing, is one in which essentially nothing happens. We don’t see any blood or entrails, no one actually gets hurt, the scene is over before it properly starts. Yet it is wonderfully creepy. It gave me a kick like a good espresso would. For the first time I understood why people crave these films.

I watched the trailer of the film’s 2005 remake on Youtube. It looks shit. I have no desire to go and watch this film. Not only do I already know the story, the film itself feels boring to me. Too slick, too much overacting, too much violence, not enough suspense. Perhaps I’m wrong, but I’d rather spend my time rereading my Stephen King collection.

Beauty is in the eye of the beholder, of course. The commercial success of film franchises such as Saw suggests that many people would disagree with me. Fine. Carpenter has shown me what I like. I like films that rely on atmosphere, not gore. Films that take their time. Films that offer interesting visuals and music. Films that don’t make me feel like I’ve been assaulted by a sledgehammer covered in regurgitated fast food. Films that feel a bit rough around the edges.

I’m not saying things used to be better back in the good old days. I’m aware of the phenomenon of the video nasty and I’ll happily give it a pass. But it’s always a pleasure to discover a passion I was previously unaware of and finally being able to articulate why I like what I like. As I’m writing this I’m listening to The Fog’s soundtrack and reliving its wonderful weirdness. I’m hungry for more. But unlike the film’s characters, I’ll never open my door during a foggy night again.