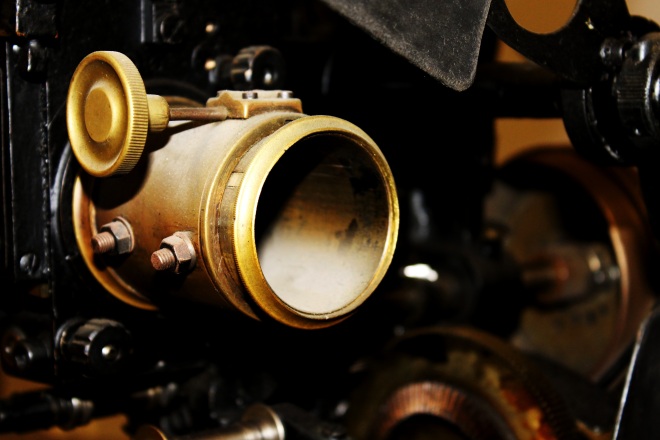 “I never knew that film used to be a book!” Any booklover will hear this statement from time to time, usually uttered by someone who claims not to read books because “it’s just too much effort”. Despite the packed bookshops on the high street and the success of online retailers, reading appears to be going out of fashion. Not a surprise with so much distraction available in the form of Netflix, films and DVD boxes.

Of course booklovers don’t need to be convinced of the value of reading. While book adaptations sometimes make for entertaining films, the result is often condensed and omits much of the subtlety of written fiction. But even when books do result in agreeable films, reading the book on which the film is based can offer new and interesting perspectives on a familiar story.

I’m not one of those people who believe the book is always better than the film – although, in many cases, I think it indeed is. But even if you’re not sure, why not try another helping of a story you love?

Yes, Trainspotting did start its life as a book. Its shape differs from the film, though, and this makes the book considerably harder to digest. Written in the dialect native to the Edinburgh neighbourhood the novel describes, Trainspotting can be a difficult story to get into. The novel is also much more episodic in nature and lacks the plotline offered by the film. It does offer much more in-depth character studies and background material. If you loved the film the novel is certainly worth the effort, especially because author Irving Welsh subsequently expanded its narrative universe into novels such as Porno and Filth.

Indeed, one of the best-loved cult films of the 1990s is based on a book. Initially the novel’s success was limited, a fate only turned around after the popularity of the film adaptation. Give the novel a chance, though: this slim volume offers a more complex plot, a different and more twisted ending, and pairs literary experimentation with wry humour and readability. The book also offers useful pointers for a critical exploration of the story’s emphasis on gender and neoliberalism, an aspect often uncritically accepted by the film’s fans.

This underappreciated Tarantino film is based on Elmore Leonard’s novel Rum Punch. Its groovy soundtrack and homage to blaxploitation make this film mandatory for every film lover, but Leonard’s books are also worth a try. Lovers of crime fiction, edgy dialogues and Hemingway-influenced writing will enjoy his punchy books who are as entertaining as they are thoughtprovoking.

I’m currently working on a book chapter about the adaptation of this novel and am struck by the film’s ability to function as a companion piece to the book. The film omits most of the explicit violence that gave the novel its notoriety and focuses instead on its satirical elements. The film, I argue in my analysis, functions as a metafictional critique which interrogates the novel’s gender politics and its playful crossings of the fact/fiction boundary. While I love the novel for its level of detail and exaggerated picture of 1980s New York, the film’s excellent acting more than compensates for its stylistic differences.

I’ve always loved The Hobbit, even more so than its big brother Lord of the Rings. When a film adaptation was announced I was excited, especially because I liked the LOTR films better than the sometimes longwinded books. The decision to split this slim book into three films, however, reeks of a money-grabbing exercise and does no good to the narrative. The films are certainly spectacular and by no means a waste of your time but they lack the humour that made me fall in love with the book in the first place. Bilbo’s nature as an antihero who is more concerned about handkerchiefs than he is about slaying trolls offers a much-needed lightness to the story, but in the film his character is often overshadowed by CGI and drama. Even if you don’t agree, The Hobbit – the novel –  remains a great prequel to LOTR and won’t take up quite so much of your time.